Linde Kryotechnik AG has been awarded the contract for the supply of cryogenic helium distribution system for the ITER fusion reactor currently under construction in Cadarache, Southern France. The equipment will be fabricated and delivered to Cadarache until mid 2019 with subsequent installation and start-up until 2021.

ITER is a large-scale scientific experiment that aims at demonstrating the technological and scientific feasibility of fusion energy. The ITER machine is designed to produce 500 MW of fusion power from 50 MW input power and will hence be the first of all fusion experiments to produce net energy. ITER is based on the ‘tokamak’ concept of magnetic confinement, in which the plasma is contained in a doughnut-shaped vacuum vessel. The fuel – a mixture of deuterium and tritium – is heated to temperatures in excess of 150 million °C, forming a hot plasma. Strong magnetic fields are used to keep the plasma away from the walls. These magnetic fields are produced by an electrical current driven through the plasma, and by superconducting coils surrounding the vessel. Superconductivity is reached by operating such coils at temperatures of -269°C (4.5 Kelvin) or below by using helium.

Linde Kryotechnik AG will provide the cryogenic distribution system consisting of in total nine boxes of different configuration and size to manage the operation of the superconducting coils, cryo-pumps and the large thermal shield of the Tokamak. Three of them will include cold compressors to subcool the helium and to lower the temperature by another degree. 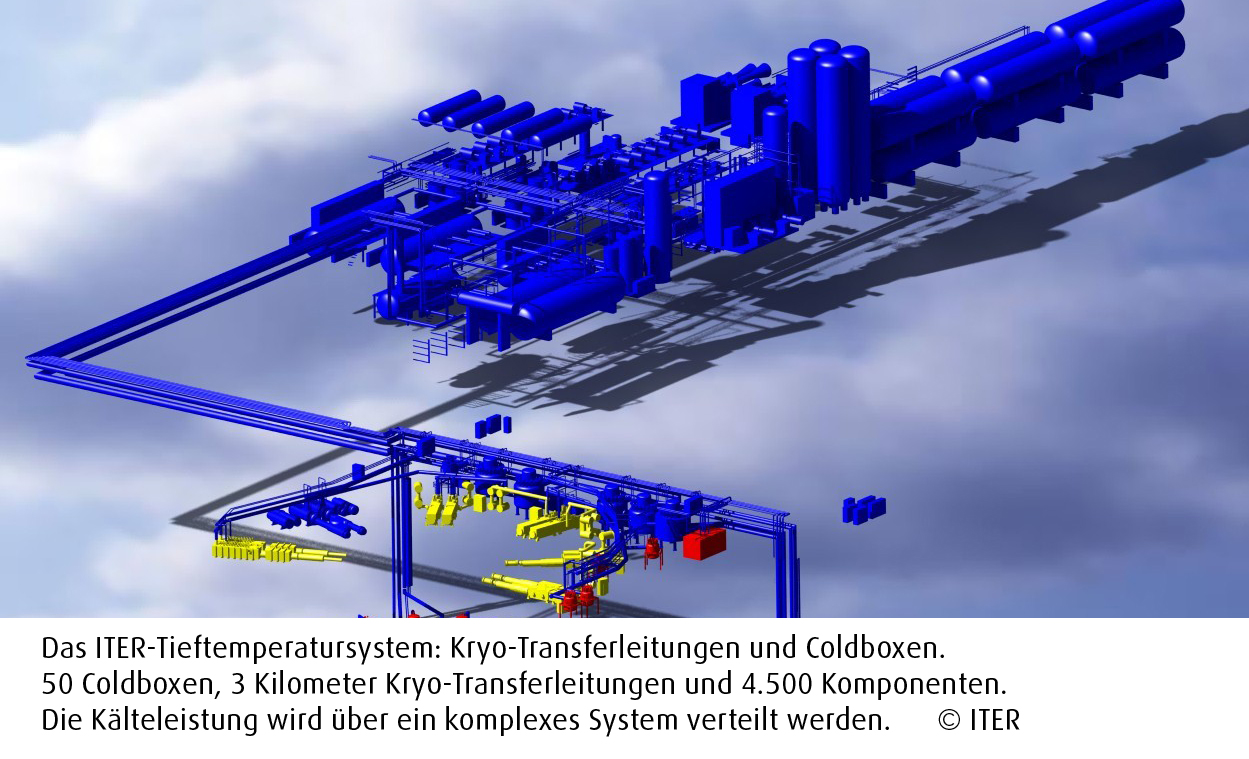